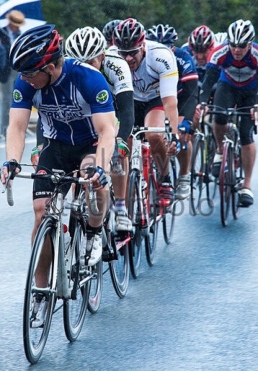 On Sunday 24th September 2017 between approx. 5.00hrs & 11.00hrs the following roads in Sandwell will be closed in order to facilitate Sandwell’s section of the 100 mile cycling Sportive, Velo Birmingham.

A456 Hagley Road / Hagley Road West, Smethwick will be closed in both directions from its boundary with Birmingham City as far as A4123 Wolverhampton Road

At A4123 Wolverhampton Road cyclist will travel along the westbound carriageway only on A456 Hagley Road West as far as Quinton Expressway roundabout where they not proceed via the underpass but will travel via eastbound slip road onto the roundabout, eastbound (Birmingham bound) traffic will be allowed to travel east along this stretch of road but will be required to turn left onto A4123 Wolverhampton Road and will not be allowed to travel straight ahead into Birmingham.

The cyclists will then proceed via A458 Hagley Road West as far as the borough boundary with Dudley where the event will continue. A total road closure will be operational except for that stretch of dual carriageway commencing at Spies Lane & continuing into Dudley.  Vehicles will be allowed to travel east at this location in order to gain access to ASDA, Starbucks etc

A4123 Wolverhampton traffic will not be allowed access onto Hagley Road West and will be stopped at Broadway and advised to find alternative routes by means of signage well in advance of Broadway and at Birchley Island.

A4030 Bearwood Road traffic will not be allowed access onto Hagley Road /Hagley Road West and will be advised to find alternative routes at the Three Shires Oak Road / Sandon Road junction.

Please note that vehicles will be allowed to cross the route between 5.00hrs and 11.00hrs at A4123 Wolverhampton Road and A4030 Bearwood up until 20 minutes before the arrival of the first event vehicle. Frontagers will also be allowed access until this time

Gaps in the central reservation of the dual carriageways will be closed.