Warley Woods voted one of the best ten parks in Britain

One of Simon Lea's beautiful photographs of the park

Warley Woods has been voted one of the most popular public parks in Britain from those parks awarded Green Flag status. It is a tremendous achievement and demonstrates the affection the park has amongst people in the community, and it is a credit to the staff and volunteers of the Warley Woods Community Trust.

International Green Flag Award Manager Paul Todd said: “The Green Flag Awards are judged every year by an army of more than 800 volunteer judges, but the People’s Choice is the public’s opportunity to vote for their favourite parks and it is wonderful that more than 30,000 people have done just that this year as the scheme celebrates its 20th Anniversary.

“Winning a Green Flag Award is testament to the hard work of local authorities and the managers of public green space up and down the country along with hundreds of thousands of volunteers. More than 1,700 parks this year are flying the Green Flag Award and the People’s Choice Award shows them just how much that hard work is appreciated by the public. 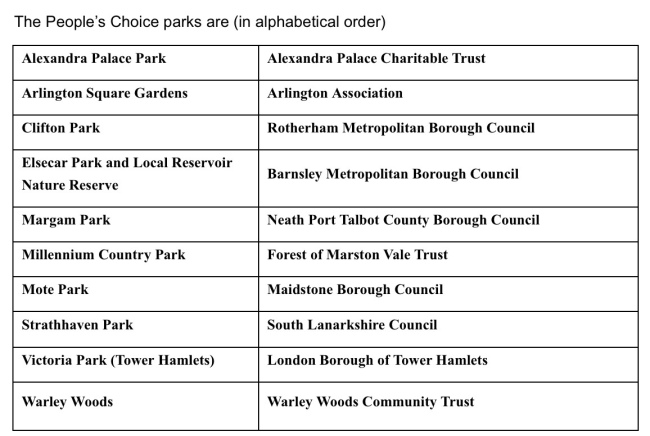