After 3 months stoppage we can announce that the Heritage Lottery Fund have now agreed the transfer of the contract for the Lightwoods House and Park restoration to a new construction company.

The company, HB&C have emerged from a management buy out of the previous contractors, and some of the delay has been the council wanting to ensure due diligence of the new company to avoid any potential repetition.

HB&C have now been told that they can re-commence work on the site on 12th October.

Deputy Leader of Sandwell Council, Steve Eling, who has been leading on this from the council, said: “We were all shocked when the managing contractor went into administration and work stopped. There has been a great deal of effort put in to get things going again, not only from the management rescue of the business; but also the company administrators; and officers of the Council and Heritage Lottery Fund. 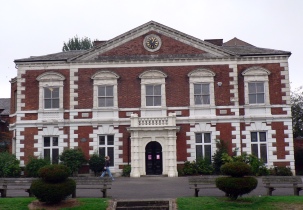 “It will now be good to see work back on sight and we can look forward to the improvements being completed, if a little later than we originally expected”.

Chair of the Lightwoods Friends Group, Richard Marshall, said, “This has been very frustrating for us because we were hoping to get some of the play areas of the park cleared for this Autumn, and much of the park work finished by the Spring. This has been a set back but we will now have to look at a revised timeline for the activities we were hoping to run next year.

“Still, it is good news things are going to get rolling again, and we would like to thank everyone who put so much effort into getting this back on track.”

1 Response to Great news on Lightwoods