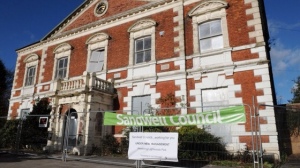 The Lightwoods Park and House Project Board have confirmed that work is expected to start in the January.

Work was originally due to commence in the Autumn of this year, but the complexity of the tendering process means it is now anticipated that work will not start until after the Christmas break, depending the outcome of discussions with HLF and contractors.

Councillor Steve Eling said, “There are some contract negotiations to be finalised and details are still being sorted out. That should be achieved in the next few weeks and a starting date in early January 2015 seems a likely start date. The way the tenders are organised it looks as if we may actually be able to complete the work over a shorter period so I would expect completion to be around the same time.”

The work will involve over £4 million pounds worth of improvements, funded by Sandwell Council and the Heritage Lottery Fund, and will involve restoring the listed Lightwoods House and the bandstand, as well as a number of projects to improve the park itself. Friends of Lightwoods Chair, Richard Marshall, said, “Obviously we are all anxious to see the work get underway as soon as possible, and we appreciate people keep hearing us talk about it, but we still expect to be on target for the grand re-launch.”

Project co-ordinator Cherie O'Sullivan will put out a formal statement about the work as soon as we can confirm the details.