This Thursday is polling day, and whatever the result, I would like to thank the following people for the assistance they have given to the Labour campaign this year….

Firstly, Liz, my partner, who organised the canvassing and made sure we all went to the right places, as well as turned out almost every night to canvass herself, despite having a bad cold. She also did most of the admin work necessary to run a campaign, and even worse, had to put up with a grumpy candidate when the canvas was finished. 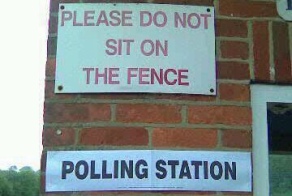 Secondly, our canvas team, the heroic Sita Mali, Pam, John K, Claire, and of course, my fellow Ward councillors Steve and Ann…and our Member of Parliament, John Spellar. Over 4,500 front doors knocked in just about 4 weeks! Dr. Ann was also my agent, delivered leaflets, pasted up and with Dan, put up posters!

Then, I would like to say thanks to our deliverers, who between them got through nearly 15,000 deliveries. In no particular order, Ceri, Prem, Dan, Rod, Annie and Phil, Kate, John and Renate, Laura, Patrick, Cat, Steve P., Cait and Andy, Richard N., Marcin and Ania, Abi, Claire, Adrian, Jess and Bertie, Frankie and Steven, John G., and Barbara. Thanks also to Pat for the help with admin.

Finally, thank you to everyone who takes the time to cast their vote.

Working men and women weren't given the vote…they won it as a consequence of centuries of struggle, and we should honour the memory of those who fought for the universal suffrage. As the late Tony Benn used to say, in many countries in the world in order to get rid of their leaders people have to rely on armed insurrections, revolutions or military coups. In a democracy, a pensioner armed only with a stubby pencil can go into the polling station and help to throw them out of office! It is depressing that for a variety of reasons – many of which are the fault of the politicians rather than the electorate – so few people make the effort to use their vote.