Sandwell Council is obliged by law to carry out a review of its polling districts and polling stations every four years, and a consultation is now taking place which will have an impact for some people in Abbey Ward.

The proposal is to reduce the number of polling stations we currently have from 7 down to 6. The change will see the closure of the polling station at St Gregory's School, and merge it the one at St Mary's Church Hall. 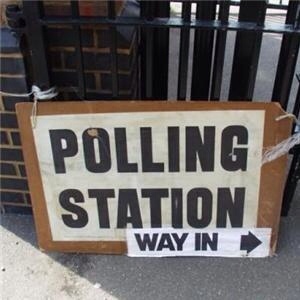 Whilst this may only be a slightly longer journey if you live in Wigorn Road, for instance, it doesn't seem particularly sensible if you live at the Abbey Road end of Galton Road. Surely it would make much more sense to move those electors to Abbey Infants, which is almost over the road for some of them. The current proposals mean nearly 3,000 voters at St Mary's Church Hall (compared with little more than 800 at some others) – and given the mad rush which led to people being locked out of polling stations at the 2010 general election, it must be a bit of a worry that something similar could happen here.

Another issue is around Bearwood Road school. For the referendum on proportional representation, Bearwood Baptist Church, just around the corner, was used as a polling station. Given the nuisance to parents when a school closes on a weekday, it is a little surprising that this option has been ruled out. When teachers took a day's strike action a couple of years ago they received a nasty letter from the Local Education Authority about 'disrupting the children's education', and yet here we find the Electoral Registration Officers promising to do it every year!

Anyway, the consultation lasts until 2nd December, although they are already planning to 'trial' the new polling stations next May. I've fed in my views, and if you want to do the same, follow this link to see the polling station review and if you wish to submit your views, you can download the form here.