“A fantastic park for everyone to enjoy”

Warley Woods has once again been judged as on a par with the country’s finest parks and the Community Trust that manages the site has heard that it will receive a sought after Green Flag for the fifth year running.

One thing that distinguishes Warley Woods from most municipal parks is that it is run by volunteers from the community, and that is one of the park’s major strengths.

Viv Cole, Trust Manager said “All the trustees, staff, volunteers and members of Warley Woods Community Trust are thrilled that the park has been recognised again in this way. The Trust has been focused on making it not just a good park, but a fantastic park for everyone to enjoy. The Trust has used the criteria of the Green Flag Award to help guide its plans and management and the Award proves that the Trust has achieved its aim in making Warley Woods one of the best parks in the country. Although this is our fifth year, we never rest on our achievements and each year we try to make the site look better, do more and involve more people.” 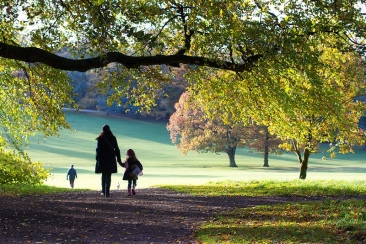 The Trust know that their success depends on the work of volunteers who freely give their time and extend their thanks to everyone who has made this possible, from those members of the community involved in running the park day to day, to those members of the public who just pick up litter to help keep the park looking good. The Trust would also like to thank Sandwell Council for their support.

The Green Flag Awards are assessed by independent external judges And they recognise and reward the best green spaces in the country. Sites are judged against eight criteria: a welcoming place; healthy safe and secure; clean and well maintained; sustainability; conservation and heritage; community involvement; marketing; and management.

3 Responses to “A fantastic park for everyone to enjoy”